What is the GOP end game?

I’ve been thinking about that on and off for years and since the election, more so.

I don’t understand what the Republicans have to gain with their agenda. All I see is the dystopian future of science fiction novels. If you look at the broad sweep of American history in the 20th 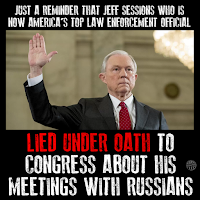 Century, the oligarch class has resented the rest of the population since the success of the trustbusters.

The resurgence of the Moral Majority and Republicans has been ongoing since Watergate. They have played the long game and are close to winning. I don’t know what it will take to stop them, given how they have outflanked the progressive and, especially, the Democratic Party:


·Rush Limbaugh led the charge on discrediting the mainstream, good media.
·The military-industrial complex has militarized the police.
·The use of hot-button social issues like abortion, gay rights, etc. as a diversion from the other actions they are taking.
·Real or imagined threats have aided in the justification of surveillance and invasion of our privacy, with the aid of technology.
·The calculated dumbing down of our educational system have made citizens unable to think and vote critically.
·The planned destruction of the public schools and use of vouchers will further divide the population into the smart people and the drones.
·The destruction of access to health care (the battle we’re fighting now) will weaken the population.
·The corporatization of our government, including the Supreme Court, has taken power away from the people.
·The technology has allowed them on gerrymander voting districts and control the vote count.
·Collusion with foreign powers will bring the One World Order to fruition with the irony that the craziest, most rabid right-wingers blame liberals for that and Agenda 21 when it’s their own Republican who are doing this.

It goes on and on. But, all this to what end? For the rich to get richer? To live in some hedonistic utopia for them while the remainder of the people suffer?

Have none of them read the Native American warning that says once the food is gone, you can’t east your money?

I wish I knew. What I do know is I will #resist and #persist.
Posted by George Schwarz at 11:51 AM