And the staffs are complicit, too

To: The staff of Republican legislators

CC: The staff member who takes this off the fax machine

From: George Schwarz, constituent and one of the many people whose taxes pay your salary 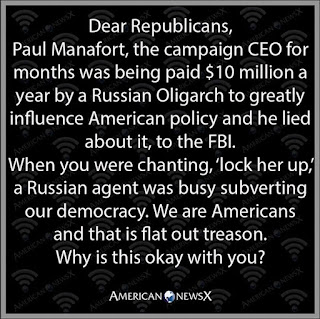 First, to the staffer who takes this off the fax, I implore you to read this and then pass it on to other staff members. Maybe someone higher in the food chain of your office will show it to your penultimate boss, the office holder/politician.

Of course, the ultimate bosses are the voters. I am sorry to have to remind all of you of that fact because your boss, and the majority of the Republican bosses, have forgotten that. But you knew that didn’t you?

So, here’s a question for all of you, but especially who work for Cruz, Cornyn, Thornberry and Farenthold. Do you understand how they are violating their oath of office under the Constitution? No, they are not required under the Constitution to vote a certain way to uphold their oaths of office. But, under the Constitution, we have a righto petition the government for the redress of our grievances. Disabling our ability to give input by all but shutting down phones, fax machines and ignoring emails; and, by sending out form letters that are totally nonresponsive to issues[1], the politicians you work for are obstructing the citizens’ right to use the First Amendment.

Now, you all may argue, no, you have it wrong. My boss listens, just not to you. And that lets him off the hook. But I don’t buy that for two reasons. As I noted above, disabling input for all but the chosen few is setting up a separate and inherently unequal form of access. Now, since 1954, we know that is an illegal way to educate children. Why, then, should it be a legal way for politicians to carry out their responsibilities under the First Amendment of the Constitution?[2]

Then, I’ve asked Cornyn before how much of a campaign contribution it would take for me to have any input. Guess if I have to ask, I can’t afford it. To even note that the right-wing anti-citizen, corporatist positions have opposition among some of his voters. I noted that to Greg Abbott in a post yesterday. Of course, so far, crickets. Isn’t this requirement of pay-to-play like a poll tax? And aren’t those illegal?

As we move forward with Putin-Puppet 45 and President Bannon’s administration, we’re seeing your bosses unravelling some of the progressive reforms that addressed the general welfare of the people. You do know, don’t you, that the general welfare clause is something the Founders were concerned about. They knew, and history has proven them more prescient than anyone could have imagined, that corporations and business in a “free market” and capitalist economy did not promote the general welfare. Yet, your bosses’ oaths to support the Constitution includes providing for the general welfare. To dismantle the provisions that do so is a violation of the oath.

But it gets worse, doesn’t it? All the dancing around the Russian connections isn’t going to stop the truth from coming out — and soon. President Bannon and 45 will be solidly linked to Putin and the Russian interference with our sacred electoral process. Many of us said long ago that 45 was the Manchurian Candidate. We used that term because we didn’t think people would “get” the term “Muscovian Candidate.” But we’re there, aren’t we? Please, if you think your boss is in denial, have at your own illusion. Your boss knows that Bannon and 45 are up to their asses in treason and your bosses are trying to figure out a way to abet the cover up and destroy the Republic before giving up their power.

Here’s where you fit in. Every day you get up to go to work. You look in the mirror to shave, or do your make-up or comb your hair. Yes, you look in the mirror. What do you see? Do you see someone who is knowingly complicit in the treason? In the dismantling of our democratic republic? Does your stomach turn at facing work? When you come home at the end of the day, how exhausted are you from fending off the truths that need telling? Or do you sleep well because you deny that what you’re participating in hurts the republic? Or, do you sleep well because you’re a true believer?

You have to make some choices, don’t you? If you want to save yourself and your job, I suggest you start working on that now. Document everything and make some phone calls. The Washington Post main number is (202)334-6000. You can find more contact information here:

[1] I have proof. Cornyn thanked me for supporting as “pro-life” position when my letter and any other communication with him has always and will remain to be pro-choice. Now, who fucked up? Maybe one of you guys, but it reflects on him. ’Cause, where does the buck stop?
[2]Well, of course, it’s fair to note that all three of you Texas Republicans would rather go back to the 1950s, or even the 1940s. I am sure, despite your posses’ rhetoric, Mac can probably get some sheets fitted. The Klan was pretty active in the Panhandle at one time.
Posted by George Schwarz at 4:05 PM