The winds of change blew into city Hall Saturday 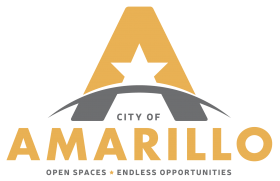 The Amarillo City Council got a strong message Saturday. The voters have said, “We don’t like what you’re doing and we don’t like the way you’re doing it.”
Here’s where we stand with the unofficial final numbers posted at 9:18 p.m. (here)
Mayor — Paul Harpole retains his seat with 54 percent of 14,016 votes cast. That certainly is a less resounding victory than two years ago. The 8 percentage point spread isn’t that big in the context of the 2013 race and the other results down ballot. It should be clear that Harpole no longer can claim a mandate, as he has with such hubris. Don’t overlook that Harpole had tons of money and challenger Roy McDowell didn’t. McDowell is not a smooth operator like Harpole.
Place 1 — Incumbent Ellen Robertson Green falls to Elisha Demerson with 44 percent of the 14,148 votes in this nasty and hotly contested race. Voters going down ballot are clear they want a different councilor in this slot. How much the nastiness in Green’s campaign backfired isn’t clear; nor, is it clear whether Green’s record and the way she touted defeated her. Demerson ran on transparency and took the high road.
Place 2 — Incumbent Brian Eades’ victory over Alan Abraham is no surprise. Abraham, who ran more out of conscience and a desire to foment discussion than a fire to win, didn’t mount an aggressive campaign. Even at that, he got more than one-third of the votes (35 percent of 13,942 cast), which I attribute to anti-incumbent backlash. Eades garnered much support from the Amarillo medical community and for his role in the animal control debacle. He was also the only councilor who finally admitted some culpability in the city’s lack of leadership. Will we see an Eades-Harpole contest in 2017? If Eades decides to run for mayor in two years, he will be formidable.
Place 3 — Randy Burkett bested the five-contender field with 55 percent of the 13,956 votes, defeating incumbent Lilia Escajeda. Escajeda’s lackluster get-along-by-going-along record for downtown development and other issues coupled with Burkett’s more aggressive style sealed her fate, despite an eleventh-hour hatchet job by the Amarillo Globe-News.
Place 4 — Jim Simms’ seat, as it will likely be known for some time, heads for a run-off between Mark Nair and Steve Rogers. Nair’s 45 percent to Rogers’ 25 percent of 13,848 votes wasn’t enough to elect him outright. The three other contestants divvied up the rest of the votes. Undoubtedly, the upcoming contest in June will see many reminders that Rogers is the appraiser in the questionable Commerce Building deal and is also, if my sources are correct, Harpole’s hand-picked choice. If Nair can overcome the establishment, Harpole’s money and be aggressive, he can win this election.
There are some important lessons:
·Those who say there is no hope for change in Amarillo and voting doesn’t matter are wrong. The results are nothing short of stunning, especially if Nair prevails in the run-off. That gives the five-member council three anti-incumbent seats, leaving only Harpole and Eades to defend the council’s past actions.
·The City Council and mayor will need to back off on the headlong cockamamie downtown plans and the stupidity of the ballpark. It opens the door for a reboot of downtown planning and a re-evaluation of the roles of Downtown Amarillo Inc., the Local Government Corp. and the Amarillo Economic Development Corp. Whether some folks’ résumés over at city Hall need updating remains to be seen.
·Paul “Mr. Hubris” Harpole might consider this a lesson in etiquette and courtesy. Let’s see if it’s a teachable moment.
Of course, it ain’t over till it’s over. Stay tuned.
Posted by George Schwarz at 10:10 PM