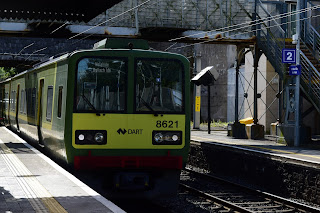 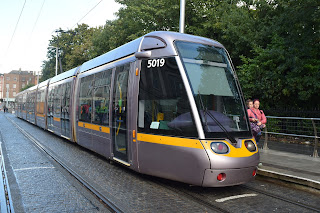 heavy haulers had police escorts. I suspect that keeps impatient drivers from pulling crazy stunts when they see the Garda.
These points aren’t about a full comparative or statistical analysis of driving in Ireland versus the U.S. This are practices that other countries have we should consider.
There’s more, and something that might resonate n the arid high plains. Most of the toilets in Ireland have dual mechanisms that permit low-flow flushing for the more liquid waste. For more robust needs, a more robust water flow is available. I don’t know if those types of toilets are mandated; some in public restrooms were simpler, leading me to believe it’s either a county-by-county regulation or a voluntary consciousness about saving water. And those public restrooms were mostly pristine, with charts to n the wall documenting the cleaning. I suspect that observation also reflects some regulation.
This past summer, when we visited the canyonlands of Utah and Arizona, National Park Service rangers presented programs on the stars and discussed the notion of preserving the night sky — reducing ambient light to make the sky more visible. One way to do so is to design street lamps and other urban lighting to be less intrusive using shielding and pointing down. Many of the cities and towns in Ireland have already done so. We experienced that in Athboy, County Meath, not far from Dublin. I noticed it, too, in Kinvara, County Galway, where we stayed in the village center.
The Irish are very community conscious and recognize that the staunch individualism characterized by the “American exceptionalism” doesn’t necessarily make their country a better place to live and raise families.
Posted by George Schwarz at 10:36 AM