On Dec. 4, 2021, I found a Facebook post that articulated the relationship of the right-wing Republican political operations to the religious right’s dominion theocracy movement. As Ruth Larson Case posted, “They have been working steadily behind the scenes for years & years. It’s no secret that the Republican Party/conservative Christianity is actively trying to turn this nation into some form of theocracy.” 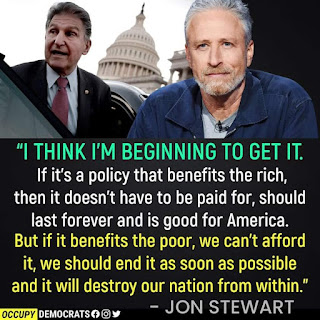 As a retired reporter and editor, I usually don’t put much stock in or react to Facebook posts like this and am more than wary of conspiracy theories. But for years I had heard about dominionism and that Ted Cruz was part of the movement. The other thing I’ve heard about for some time is a book by renowned Duke University historian Nancy MacLean, “Democracy in Chains: The Deep History of the Radical Right’s Stealth Plan for America.” But I hadn’t gotten around to reading it until diving into researching dominionism. That sparked a nagging recollection about MacLean’s book, so after reading Heather Boushey’s book review in The New York Times Aug. 20, 2017 Sunday Book Review I decided to read it. On Dec. 15, I got it through interlibrary loan and can confidently assert that MacLean's case is meticulouslydocumented. It's clear that in connectingthe dots this nation is at a tipping point.

You don’t need to read beyond the book’s Introduction (attached PDF) to see how she outlines how sinister is economist James McGill Buchanan’s so-called public choice theory; and his stealthy plan being fully the progenitor of the Republican-right’s agenda and concomitant behavior. This started in the late 1950s and certainly since the 1970s with the Koch Brothers involvement. That plan, which MacLean convincingly asserts is really a long-term movement, has unfolded before our very eyes. Even media at the highest level has written about the plan’s tactics as increased bitter partisanship while missing the big picture.

While Boushey’s review is a great summary of MacLean’s thesis, with some examples, MacLean’s introduction gives us the overview and context. So does The New York Times’ obituary for Buchanan noting, “[he] was a leading proponent of public choice theory, which assumes that politicians and government officials, like everyone else, are motivated by self-interest — getting re-elected or gaining more power — and do not necessarily act in the public interest.”

Importantly, Buchanan feared the expansion of government and government programs would result in taxing the rich to provide what the Republicans have called “entitlements” for the populace, a behavior he argued, designed to keep the political/government class in power and take money from the billionaire capitalist class. Meanwhile, one of the “stealth” parts of Buchanan’s scheme was based on his notion that the political-government-populace couldn’t be “constrained” — at least as long as the voters were allowed to vote their will.

As I said, I only recently realized that Buchanan’s approach melded with the dominionist movement when MacLean and the obit pointed out that Buchanan “amplified on” this so-called “public choice theory” from the 1950s onward and “argued for smaller government, lower deficits and fewer regulations — a spectrum of policy objectives that were ascendant in the 1980s conservative agenda of President Ronald Reagan.”

And part of that strategy was the Koch Brothers’ founding of the Cato Institute (and many other “think tanks” to promote public choice theory. How stealthy this was and some indication of its links to the dominionist movement is another PRA essay by Peter Montgomery in April 2015 in “The Public Eye.” In this article, “Biblical Economics: The Divine Laissez-Faire Mandate,” Montgomery outlines how melded these parts of the movement are; and, how subtle they are.

So, where Case’s Facebook post fell short was labelling these Christian zealots as agents of “7 Mountains Dominionism” thereby missing the Buchanan/MacLean connection. However, in short, those politicians openly or assumedly associated with the dominionist movement AND the radical right are both sides of the same coin. As allies of Buchanan’s plan, they are, as MacLean reluctantly calls them, a fifth column allied with others to end our democracy. And how convenient the Christian overlay on the movement is.

As for my research on dominionism, I found work by Frederick Clarkson; Ph.D., senior fellow at the non-profit think tank Political Research Associates helpful. In several articles in the PRA’s “The Public Eye” he and others make clear the movement is more complex than the 7 Mountains or 7M branch of the movement.

For example, in a Feb. 14, 2016, post, he writes, “The term ‘Dominionism’ was first popularized in the 1990s by researchers, including Chip Berlet, scholar Sara Diamond, and myself, who needed a term to describe the political aspirations of Christian Rightists who believed that they have a biblical mandate to control all earthly institutions — including government — until the second coming of Jesus.”

Clarkson continues to describe how the movement predated the label by several decades. In a later essay, he offers a more complete understanding of the movement in “Dominionism Rising: A Theocratic Movement Hiding in Plain Sight,” in the Summer 2016 The Public Eye. His article shows the dominionist movement is far more complex and broader than simply saying the permutations of the movement have the common goal of domination of governments with a fundamentalist Biblically based legal system — some going so far as an Old Testament underpinning. Think the “Christian” version of Sharia law.

The important understanding of the movement impacting United States politics threatens the Constitution by rejecting of Thomas Jefferson’s separation of church and state. A dominionist U.S. Constitution would hold the U.S. was founded as a Christian nation — a belief that flies in the face of historical facts. One of the many goals of Buchanan’s plan.

None of this is to discount the 7 Mountains part of the dominionist movement. As David Brockman, Ph.D. reports, in a June 2, 2016, Texas Observer story, “The Radical Theology that Could Make Religious Freedom a Thing of The Past” one of the movement’s most prominent politicians is Texas junior Republican Sen. Ted Cruz.

Brockman continues, “Several other state legislators may well belong in this list of Christian Americanism in Texas. …., [backing] legislation that arguably privileges Christians and/or overlaps with the Christian Americanist agenda has been authored by state Representatives Dustin Burrows (R-Lubbock), Matt Krause (R-Fort Worth), Phil Stephenson (R-Rosenberg), and Bill Zedler (R-Arlington), along with state Senators Charles Perry (R-Lubbock), Brian Birdwell (R-Granbury), and Bryan Hughes (R-Mineola). Whether these and other conservative officeholders are full Christian Americanists or simply proponents of Christian right policies would be a fruitful question for future research.”

Note that the 7M branch calls for discrediting institutions — also part of Buchanan’s agenda. And as MacLean points out, “He therefore helped lead a push to undermine their trust in public institutions. The idea was to get voters to direct their ire at these institutions and divert their attention away from increasing income and wealth inequality.”

Of course, this discussion only skims the surface of the dominionist movement. It’s clear the Donald Trump’s victory, as unexpected as it was, jumped started the dominionist agenda. The scary part of this is that Trump’s outrageous breaking of norms and corruption — while very much in line with dominionist techniques — distracted political analysts and media from the higher altitude insights. Evidence of this can be seen in how far below the radar and public consciousness this agenda flew. But PRA’s Dominionism expert Clarkson, didn’t miss the movement’s massive agenda in April 27, 2018 when he linked the American Legislative Exchange Council (ALEC) to the dominionist movement’s “Project Blitz.”

Other than this and The Guardian’s Dec. 11, 2021 article “Radicalized Christian nationalism is a growing threat to American democracy” by Arwa Mahdawi, I am unaware of other coverage since Trump’s election and during his administration. Mahdawi deconstructs the right-wing radical activity, including the Jan. 6 coup rehearsal, in the context I’ve suggested here.

I am clearly concerned that our democracy shaped by Reconstruction on through the New Deal and up to the “Reagan Revolution” is on the cusp of losing to the Buchanan-dominionist alliance with the table for that already laid for the upcoming mid-terms and the 2024 presidential elections. That little of the Buchanan movement and how it links to dominionist theocracy are seen since the run-up to the 2016 election is a result of the mainstream media — also under fire as part of the strategy — being purposefully distracted by Trump-like antics from the right wing and the Republican Party.

Thankfully, The Guardian’s Dec. 11, 2021, article opened the door to covering this issue focusing on two points tied to the movement’s hegemony of the right-wing and the GOP. One prong clamps down on women’s rights with the Draconian anti-abortion legislation. Second, and far more dangerous, is the movement’s well-organized Project Blitz. From a journalistic perspective, one could approach this movement, which is heavily populated by Texans, from either the dominionist or Buchanan/MacLean perspective. Both are important to understanding what’s happening.

Even J. David Goodman’s Dec. 12 New York Times story on Greg Abbott’s hard right turn, misses this overarching Buchananist connection and the dominionist movement. The peg for an investigative reporting effort would be to show that Abbott, other Texans in politics and others such as his wealthy contributors are the movement — unwittingly or not. My thesis is that Abbott has been part of this movement for years — a credit to his skill at retail politics. However, he also is aware that being open about how it would alienate what little remains of the thoughtful moderate Republican Party and the rationally conservative independents. His alliance with Trump and doing Trump’s bidding on the election audits are only a few indicators of his embrace of this fifth column treason. Simply look at his agenda.

I have to wonder as a journalist what a spate of public records requests for his emails and other materials would show. And what digging into the others would also show. Would threat like this justify bringing IRE and others into the effort not unlike the work done after Don Bowles was assassinated? It would be a massive undertaking fraught with obstacles. But wouldn’t it be a hellava story?