An Open Letter to Mac Thornberry

Here we are at the start of another one of your many Congressional recesses. Another instance of returning to the district when you should be in Washington working for your constituents. 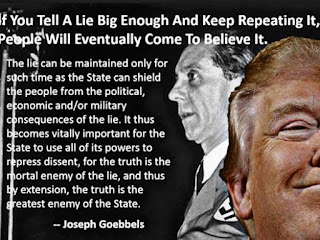 But, of course, Mac, you haven’t done that since your election in 1994. Remember, that’s when you ran under the Newt Gingrich banner of “Contract with America?” One of the contractual terms was term limits. You violated that clause and then justified it with lawyerly excuses about the nature of that pledge, forgetting that the spirit and intent of a contract is equally important.

So, you’ve “represented” the 13thCongressional District of Texas under a deception from the start.


But that isn’t the only deception you’ve visited on your constituents. You have participated in the right-wing Republican talking points, probably penned by others to whom you’re beholden. Like your deception about term limits, you’ve parroted both misinformation and disinformation. The former is somewhat forgivable because it shows ignorance, something I personally expect from you. The latter is worse because it reflects a calculated attempt to mislead constituents. Both sets of those deceptions are particularly galling when you blabber about health care and the Affordable Care Act. Of course, you’re not the only one who tries to characterize a non-market service as a free market commodity. It serves your purpose not to but you’ve also had the chance to know better and you haven’t.

As the first month of 45’s regime has unfolded, people across the nation are learning more about the program. And the more folks learn, the more they realize that the Republicans’ attempt to dismantle such a good program is one of many plans by YOUR party to divide this nation. Perhaps you’re too young to remember or know the findings of the Kerner Commission report published in 1968. The most famous line from the report was, “Our nation is moving toward two societies, one black, one white — separate and unequal.”

And YOUR party is further dividing the nation into black and white and rich and the poor. YOUR party is unleashing the corporatist thugs on this nation, dragging us back into the dystopian past when industries polluted the air and fouled the water; when food was contaminated and people died. All of the horrors of the late 19th Century will return to cast a dark shadow over the land. YOU and YOUR party are responsible for and you know it. You also know that if the voters in the 13th District realized this, they wouldn’t stand for it. But the political lying continues in collusion with the traitorous regimes of 45/Bannon and others, including the local propaganda outlet known as the Amarillo Globe-News.

But here it is President’s Day, and that very propaganda sheet has given you cover to hide from your constituents, telling them you’re joining the rest of the Republican cowards in ducking town hall meetings. Such cowardice fits in your background, of course. And I will predict your eunuch-like behavior will come into play again when others of more decent morals and ethics call for an investigation. You will be complicit.

A variety of sources talk about how the United States would become a corporatist-fascist state. But the most relevant description of what you and the Republicans are doing is: “When and if fascism comes to America it will not be labeled ‘made in Germany’; it will not be marked with a swastika; it will not even be called fascism; it will be called, of course, ‘Americanism.’” That’s from a non-bylined story in September 12, 1938, The New York Times reporting on a sermon by Yale Divinity School’s Halford E. Luccock.

How instructive that this sermon came at a time when Hitler was moving on the rest of Europe, starting the pogroms with the demonization of minorities. You, like those who remained silent in Europe, have not condemned the insane ravings and treasonous behavior of the Russian (Manchurian) Candidate who is illegitimately ensconced in the White House — with the help of his friend, but our enemy, Vladimir Putin.


YOU and YOUR Republican friends are putting party over country.

Shame on you.
Posted by George Schwarz at 4:26 PM