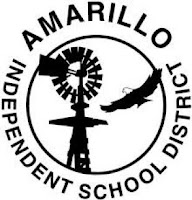 Sometimes Amarillo’s culture simply disappoints me more than I can imagine. I rarely use the Amarillo Globe-News as a source, but the coverage of the Amarillo Independent School District’s board meeting Monday evening pointed to a key problem in this community: self-satisfied racism.

The account prompted the observation from me on Facebook. “Congrats to the Amarillo Independent School District's board of racists. You have spent millions, literally, on athletics but when a respected member of the minority community asks for an independent study on diversity, you won't even discuss it.

In fact, based on the account in a local media outlet, you all discussed a motion without a second and then let the motion die for a lack of a second. So, not only are you all rightfully labeled as obstructionist to diversity and supporters of institutionalized racism, you aren't smart enough to run a meeting properly.”

Even the board’s Hispanic representatives lacked the courage to join James Allen’s attempt for address an obvious problem in the school district. Eric Darnell let the motion die for a lack of a second and the Globe-News account didn’t mention John Betancourt. Such cowardice sets an example for the students in the district and sends a clear message to the minority community. The message is that supporting the activities that require jockstraps and sports bras are far more important that knowledge, critical thinking and creating an environment of respect for all people.

Respect for all people. Let that sink in for two other reasons. First, many elected officials seem to demand respect because they think winning votes entitles them to demand respect; but they don’t understand that winning votes differs from earning respect. Second, Amarillo is a haven for refugees and those people are bringing more diversity to the community. What Trumpism fears do the other members of the AISD board have?

Finally, let’s see who the Globe-News will side with on this issue. The community is watching.

Posted by George Schwarz at 8:38 AM