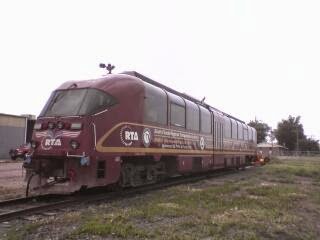 For the past couple of years, the possibility that Amtrak would re-route its iconicSouthwest Chief through Amarillo has twinkled like blinking ditch lights. But if the essence of a reportin Sunday’s out-of-own owned daily paper, is correct, New Mexico’s Legislature could derail passenger rail service to Amarillo for the foreseeable future. If doesn’t happen, some of the blame can be levied at the Amarillo City Council and city management for their lack of intelligent, incisive and proactive leadership.
In a nutshell, Burlington Northern Santa Fe Railway’s has severely curtailed maintenance on the section of its current route that takes the Chief over Raton Pass, which the Chief reaches from Newton, Kan., traveling through the corner of Eastern Colorado before turning south and going into New Mexico. The only regular trains over those tracks are the two daily Chief trips, although it’s possible a rare slow freight could use the route. But, track conditions along the route force the Chief to reduce speed and thus degrade its schedule, something Amtrak would rather avoid. To keep the present route at acceptable speed, BNSF has said it needs $200 million over the next 10 years for maintenance, up from $100 million some sources cited some years ago, with the costs shared among BNSF, Amtrak, Kansas, Colorado and New Mexico.
For freight, BNSF’s preferred trackage is known as the Transcon, which is mostly double-tracked on its entire route from Chicago to Los Angeles. And, that would be the alternative for the Chief to come through Amarillo should any deal among those five parties crater. But, Kansas, even with its Neanderthal Gov. Sam Brownback, came up with some money with a federal grant that kept hope for the Chief alive through the western part of the Sunflower State. And progressive Colorado has also managed to come up with funds to add to the maintenance pot, perhaps with tax revenue on pot easing its fiscal situation. So, it’s only poverty-stricken and cash-strapped New Mexico, with Republican Gov. Susana Martinez, that needs to pony up a contribution to the rail route. How that plays out is the key issue, with Martinez part of the GOP wing that abhors Amtrak. Whether this anti-government governor will sacrifice the well-being of New Mexico residents in favor of hewing to a regressive public policy remains to be seen.
Given that background (and I hope you got through those two paragraphs faster than it took me to write them), we come to the important points about this for Amarillo. Amarillo’s City Council and management has known about these issues for about two years. With the city’s penchant for secrecy, which we now know may have some unsavory repercussions, we don’t know on the face of it how pro-active Amarillo has been trying to influence the Chief’s route. We can only conclude not much. In part, the reason is a general lack of creativity inside City Hall. But the largest part of the reason Amarillo is unlikely to see passenger train service is the imbecilic downtown development plan.
Yes, we beat that drum again, because Downtown Amarillo Inc. and Wallace Bajjali-gate have huge implications for the city. Here is what DAI Executive Director Melissa Dailey, the one who claimed Wallace Bajjali was well-vetted and in some part responsible for the master developer debacle, said about the Chief coming through Amarillo, “We’re really hopeful, but we’re the default. It’s not in our control.”
Dailey and the city leadership could be been creative in the past five years. They could have been more active in lobbying for the re-route, perhaps arguing for bringing the Chief through Amarillo on alternative days. Or, they could have looked at how the Texas Eagle relates to the Sunset Limited. The Eagle is considered a Chicago-Los Angeles route through but it actually connects to the Sunset in San Antonio. Why not work with other cities along the Transcon to accommodate going through Amarillo as a supplemental train? What about exploring the BNSF route along U.S. 287 into Fort Worth with what are known as multiple diesel units, or DMUs. The 3- to 4-hour trip into the multi-model center in Fort Worth wouldn’t require a full consist. As The Boston Globe pointed out last fall, “… DMUs are essentially little trains, which can use the same tracks and stations as big commuter rail locomotives, but would be quieter, cleaner, cheaper, and more suitable for frequent service on routes with stations close together.”
You have to wonder what the $113 million proposed for the hotel, garage and ball park would have done to renovate the Civic Center and work with BNSF and Amtrak for a pilot project. We doubt we’ll ever know. And the shame? Nope. We can’t understand why not.
Posted by George Schwarz at 5:25 PM