And so it begins. Is it too late?

As millions of women marched nationwide the day after the coronation of the most corrupt, racist, misogynistic fascist president since Richard Nixon by a failed electoral system, Donald TrumPutin 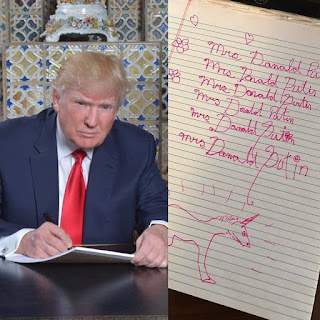 and his cabal have begun their destruction of America.
Hours after the end of the swearing-in, TrumPutin’s first executive action was to roll back a provision for homeowners that will cost lower and middle-class borrowers billions of dollars a year. These animals have scrubbed progressive pages from the White House website. News reports tell us that Canadians coming to participate in the women’s march of been stopped at the border. The animals in TrumPutin’s herd ordered National Park Service to stop tweeting until further notice after showing the crowds at the inauguration were lower than President Biff Tannen claimed.
Why no one had a clue that this would happen prior to the election is no mystery. Republican operatives teamed with Russians, led by Vladimir Putin, to undermine the United States election and tilt it in favor of the Cheeto in Chief. The thug GOP has said little. Surprisingly Lindsey Graham was only one of the few Republicans in the Senate to voice much concern. The country’s intelligence community’s various agencies continue to investigate. Maybe we will learn the extent of damage to the election process; maybe we’ll even learn that the Republicans and Russians teamed up to actually hack the voting machines. The issue about machine hacks has come up before — in some cases implicating one of the device makers.
But here are two important points to all this:
First, we must hope the millions of women marching across the world Saturday are the tip of the resistance iceberg. The reproductive rights and other women’s issue are crucially important. After all, the Republicans still can’t tell us why they are so interested in inserting the government into women’s genitals when they claim to wish government off our backs. And, as a man, if have to also ask why they aren’t as interested in all our johnsons. Equally important to all the issues to which the marches Saturday called attention, the nation must understand that the war on women, while real, is a distraction for the main agenda.
And that main agenda? Fascism. Our country’s situation isn’t just about TrumPutin. It’s about an entire gang that includes the Koch Brothers, Rush Limbaugh, Rex Tillerson; the whores of Goldman Sachs seeking to be in the new cabinet; the losers like Rick Perry and Betsey DeVos; and the right-wing echo chamber who want to turn over the country to the New Robber Barons. TrumPutin is not really in charge. I don’t know who is, but whomever it is has been plotting this for years. Why has there been a militarization of our civil law enforcement? Why are the corporatists and the public officials aligned with them waging war on the Native Americans over an oil pipeline? Why are we seeing increased attacks on the First Amendment? Why are Muslims, the disabled and  immigrants being scapegoated? Why is TrumPutin continually gaslighting Americans?
Many warned about these issues during the election, but it was already too late. It is still too late to make America America again?
Posted by George Schwarz at 3:09 PM