Pushing hate, propaganda and ignorance are not Amarillo values 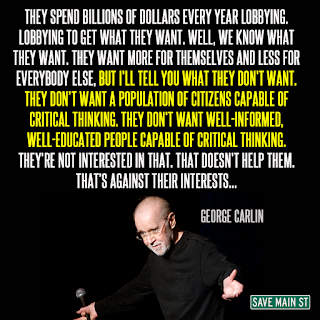 Amarillo community. This time the right wing propaganda outlet joined the Texas Republican leadership in rooting around in our genitals instead of tending to the needs of the state’s citizens. The editorial in the Jan. 8, 2017 edition is another attack on human decency and compassion clearly reflecting right wing philosophy by treating the term “political correctness” as though it’s a derogatory.
The editorial board, whatever that is at this former newspaper, has decided to support the sexually obsessed Dan Patrick’s so-called bathroom bill, also known as Senate Bill 6. The measure would require those using public restrooms to do so according to the gender listed on their birth certificate. It would also force businesses to adhere to Patrick’s perversion of compassion instead of showing enlightened kindness.
Let’s first consider the term “political correctness” and its variations. Many of those who care about others’ feelings see political correctness as a form of decency and courtesy. For example, “Happy Holiday” rather than “Merry Christmas” recognizes not everyone in these already great United States is a Christian — no matter what the right-wingers want. Like other terms contaminated by these propagandists, “Happy Holidays” was labeled as a war on Christians instead of a kindness. And so it goes for terms like “entitlements” for programs like Social Security and Medicare in which beneficiaries have paid into the programs. Or, “elitist” to label people who are intelligent, stayed in school to get a good education and developed critical and analytical thinking skills.
So, do you want to know what the AGN, Dave “The Dolt” Henry and Les Simpson think of kindness, compassion and people who are thoughtful? “Yes, this is how far we have sunk into the morass of political correctness.”
Lest you all think I am being mean picking on the AGN, let’s look at next sentence, “These days, legislation is required for individuals to recognize science and biology, and use restroom facilities accordingly.” As the AGN cherry picks the Bible, so it does with science. First, these black-and-white thinkers overlook science by not addressing that gynomorphic male and andromorphic females exist. How would the bill handle that? Then, the implication that feelings aren’t real boldly rejects a century of medical research and progress in neuroscience. If all that is to be discounted, maybe Henry and Simpson are secretly scientologists — just like President Obama is secretly Muslim.
It gets worse, of course. Patrick and Sen. Lois Kolkhorst, R-Brenham, the bill’s sponsor and one of the dimmest bulbs in the Legislature, imply that everyone who wish to use a bathroom reflecting their identity instead of the labeling on their birth certificate are perverts or worse. Their and the AGN’s views are unsupported with data and based in their own depravities. And if their perversions aren’t psychological, then they pervert honesty by pushing a hot-button issue to divert voters from the corporatist and plutocrat allies using government to further their own interests. And, as I’ve observed since coming to Texas, Rick Perry and Greg Abbott have let the once-proud Texas highway system go to hell in a handbasket. The citizens of Texas would be far better served if these politicians mind their jobs for citizens instead of minding our private business.
But the AGN continues on, falling into the morass of weak mindedness and dishonesty. In attempting an analysis of the economic impact, the writer claims that such a small part of the population couldn’t possibly have an $8.5 billion impact on the Texas economy, despite citing a study by the Texas Association of Business. The attack on the study conflated the word “estimate” in a New York Times article with the TAB’s study. Whoever wrote the editorial might have checked with that association and discussed the methodology with them. Maybe such an attempt at understanding was beyond the intellect of the writer; or, it was a calculated play into the AGN readers’ confirmation bias. Either way, or in any other way, it wasn’t honest journalism. But then, it is the Amarillo Globe-News, so I am being redundant.
The backlash against the North Carolina GOP’s bathroom bill, much of it from the Tar Heel state’s business community, cost the Republicans the governor’s mansion in the 2016 election. That was, in part, because big sporting events pulled out of the state; it was also because the businesses recognized that treating people with right-wing hate hurt the economy more broadly. North Carolina hosts some of the finest universities in the nation. I doubt those university communities see “political correctness” the same way as the Republicans.
If anyone cares, they can contact Texas politicians at this link. I plan to do so and encourage the same from others. If people in Amarillo, a community that sees itself as a kind, ethical and friendly place populated by the best of Judeo-Christian values, then they owe it to those values to let the Amarillo Globe-News and its advertisers understand that proffering hate as this town’s values is unacceptable.
Remember Edmund Burke’s warning. “The only thing necessary for the triumph of evil is for good men to do nothing.”
Posted by George Schwarz at 2:01 PM