For many, no lamentations for the end of 2016. It was a year that future historians — if we have a future — will call a watershed year. 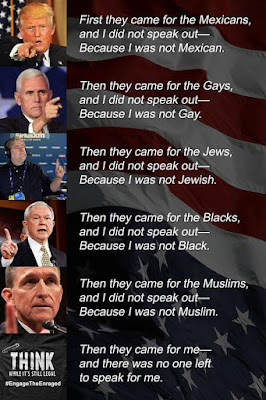 It will mark the end of the two terms for our first non-Caucasian president. Barack Obama’s term brought us eight years of an incredibly dignified and elegant First Family as role models for the achievements born of intelligence and hard work. It brought us positive, albeit flawed, public policy progress that reflected a view of human decency and kindness.
It was a year of obsession with popular culture, with the media consumed by the cult of celebrity. It was a year that brought us the ruins of a once great and powerful media brought to its knees by the decade’s long galactic shift in the underpinnings of the news industry’s business model, the Internet and corporate alliances with the dark forces of politics. It brought us a rejection of science and propaganda — all disguised as legitimate news sources. It was the teeth-rattling climax to an anti-intellectual, long-term plan to dumb down our population and eliminate critical thinking.
And thus, those forces brought us a presidential election that was conceived in hate and bore us the poisoned fruit of Donald Trump, an arguably mentally ill two-bit charlatan, as the next president. It witnessed the rebirth of the Republican Party, once the “Party of Lincoln,” now as the Tea Party of Trump; the den of hypocrites on family values; the perversion of compassion into greed; the fomenters of hate, racism, misogyny, and homophobia; supporters of lies and an Cheeto-colored liar as head; and, the corporatist conquerors of a once proud government of the people, by the people and one perhaps destined to perish from the Earth — along with Earth.
It brought us the harsh lessons that the very election process in this country is damaged. The voting system of electronic devices is flawed, subject to hacks by foreign forces and manipulation at home by dishonest insiders who know counting the votes is more important than who cast those ballots. It demonstrated that another flawed candidate, no less distasteful, but for different reasons, could win the popular vote by a 3 million ballot margin and still fall victim to an antiquated constitutional provision call the Electoral College. Not only did the Electoral College fail as part of a system, but the electors themselves failed in their duties to reject Trump as a mentally unsuitable candidate as was clearly their duty.
In short, 2016 brought us the real possibility of fascism.
So, what about 2017?
In 20 days, the very personification of “Back to the Future” character Biff Tannen will be inauguratedas the President of the . The oath of office will bind him to a covenant to protect and defend the U.S. Constitution. It’s a document he has probably not read, doesn’t understand and has already declared war on by saying the most cherished of all provisions, the First Amendment, give the press and the people too much power.
His spokeswoman has already warned those who oppose him that “there will be consequences” for such opposition. And his New Year greeting referred to those opposing him as his enemies. Having lied his way through a campaign, Biff has already shown himself to be the Manchurian Candidate allied with Vladimir Putin, dictator of and a war criminal. His appointments to key government posts include people who stand in opposition to the very missions the agencies of which they should be stewards and, worse, include the chief executive of ExxonMobil. Who remembers the Exxon Valdez?
Well, if those of a patriotic and loyal opposition are enemies, let’s have at it. If the Republicans want political, let’s go.
Happy New Year? Yeah, we’ll see.
Posted by George Schwarz at 8:27 AM