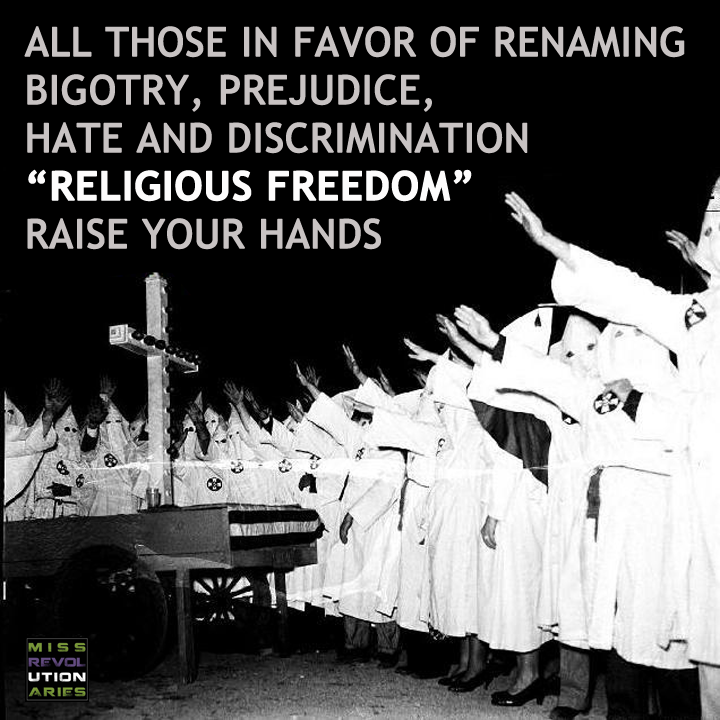 If you have been totally out of touch and off the grid, you might be one of the few in the United States not aware with a new and disturbing form of hate. And the saddest and most despicable part of this hatred is that it is being fostered by those claiming to be Christians.

Let’s start with the high-profile passage of Indiana’s Religious Freedom Restoration Act, a thinly disguised pro-discrimination measure that would permit businesses to bar those to anyone who the businesses deems unacceptable. According to the Huffington Post, “RFRA would allow any individual or corporation to cite religious beliefs as a defense when sued by a private party, potentially opening up the door to businesses turning away gay and lesbian customers for religious reasons.”

The Legislature in Arkansas is on its way to passing a similar law, CNN tell us. As outraged and as properly placed as our ire is at these two states, they are but two of 21 states with so-called religious freedom laws. Texas is one of those states, with our own criminal Attorney General Ken Paxton using our tax money to sue the federal government (again!) to prevent the recognition of same-sex couples under the Family and Medical Leave Act.

To me, the issue is simple. Religious precepts have no business driving the law of the land. If your religion believes that same-sex relationships are sinful and bars such marriages, that’s fine if you keep that within your church. If you agree with those rules, enforce and abide by then within your congregation. But to take those views to the legislatures of our country is un-American and unchristian. And, ironically in Texas, where we so value individual freedom and a “stay out of my business” mentality, the judgmental behavior seems to resonate the loudest.

I’ll make this as clear as I can. Who consenting adults love is none of our business. But if certain societal rights, such as benefits, contractual arrangements and other legal matters are tied to the state’s recognition of marriage, then the state cannot pick and choose who is more equal than others under the law. It’s just that simple.
Posted by George Schwarz at 6:36 PM